NanoBio® Protect is an alcohol-free nasal antiseptic solution that can be used to help reduce germs on skin that can cause infections. The product is easy to apply with any cotton swab for use on the skin around the rim of your nose as well as the skin up to one-half inch inside each nostril. It is non-irritating, fragrance-free and leaves no residue after application.

NanoBio® Protect is an FDA regulated over-the-counter skin antiseptic that incorporates the active ingredient benzalkonium chloride (BZK), which has been used in humans as a topical skin antiseptic since the 1940’s. NanoBio® Protect is similar in concept to a hand sanitizer but is designed for use on the skin inside and around the nose where germs frequently enter the body.

The unique effectiveness of NanoBio® Protectis derived from BlueWillow’s patented nanotechnology. NanoBio® Protect places the BZK antiseptic on the surface of nano-droplets, which results in at least four key advantages: 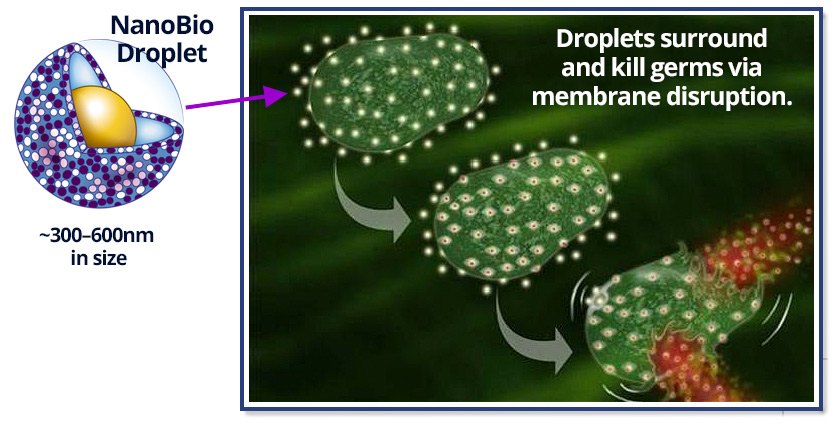 NanoBio® Protect is applied by thoroughly swabbing the skin up to one-half inch inside of each nostril and is recommended for use to help reduce germs on the skin in and around the nose that can cause infections. It should be used in conjunction with frequent handwashing, limited touching of the face, and social distancing to help minimize infection. Each 0.75 oz bottle of NanoBio® Protect will provide 40 or more treatments. A single application should involve the use of two swabs, including one for each nostril, or the use of a double-sided swab.

The product can be applied to the skin every 4–8 hours as needed, and is recommended for use during periods of increased risk of exposure to germs. For example, a healthcare worker might apply NanoBio® Protect two or more times a day. A flight attendant might apply the product 1–2 times during a long flight. Whereas, someone that is mostly staying at home in isolation may only need to apply it once a day or every few days prior to heading to the store or to an appointment. 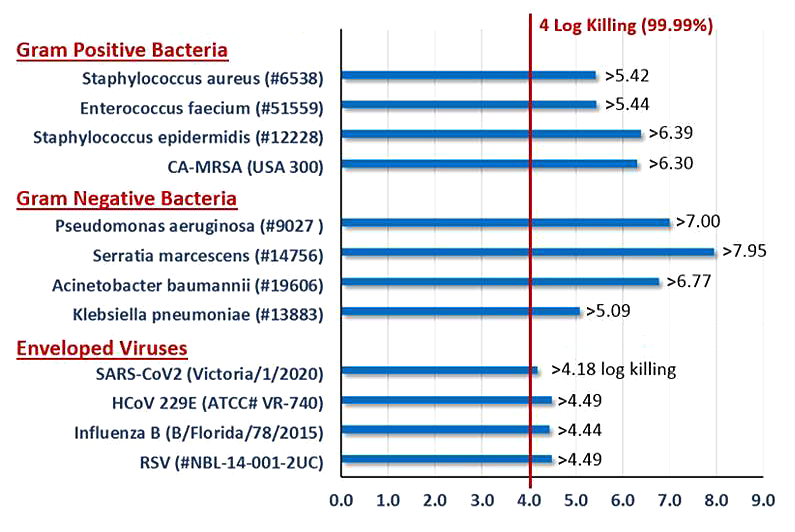 BlueWillow’s nasal antiseptic has not been clinically tested to confirm protection against COVID-19 infection in humans. It has demonstrated both anti-bacterial and anti-viral activity in laboratory tests making it a potentially important additive measure to reduce the risk of infection

Standard in vitro lab experiments demonstrate that NanoBio® Protect kills more than 99.99% of germs within 60 seconds of exposure, as shown in the graph to the right.

Recent studies conducted by Public Health England also demonstrate NanoBio® Protect’s ability to kill COVID-19 virus in laboratory tests. However, as stated above, studies to test for protection in humans have not yet been performed.

In addition, ex vivo tests in human skin (Figure A below) demonstrate that NanoBio® Protect persists on skin up to 7x better than commercial products and aqueous solutions containing the same BZK antiseptic agent. In vivo studies conducted in human volunteers (Figure B below) demonstrate that a single application of NanoBio® Protect significantly increases skin hydration for at least 3 hours, as compared to common hand sanitizer products: 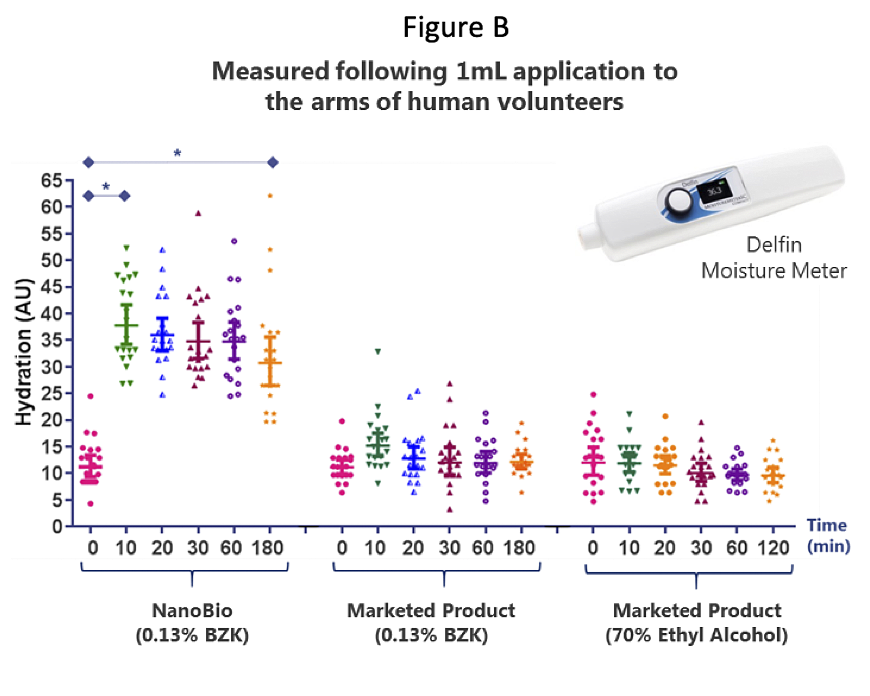 NanoBio® Protect and similar NanoBio® formulations have been tested extensively in animal and human studies involving topical application to skin. These studies demonstrate that topical NanoBio® products are non-irritating and are not absorbed systemically. The products are alcohol-free and are comprised of nanodroplets that have been optimized to provide significant advantages when used as topical antiseptic products, without being absorbed through the skin and into the bloodstream.

NanoBio® Protect’s active ingredient is 0.13% benzalkonium chloride, which is regulated by the FDA as a skin antiseptic and has been used in humans for over 75 years. Unlike alcohol-based products, NanoBio® Protect does not irritate or dry out the skin, and instead provides a moisturizing and comforting experience. The product should be applied with any cotton swab to the skin around the nose and up to one-half inch inside of each nostril where germs frequently enter the body.

Other scientific publications describe the extensive research conducted with topical NanoBio formulations, as listed below: